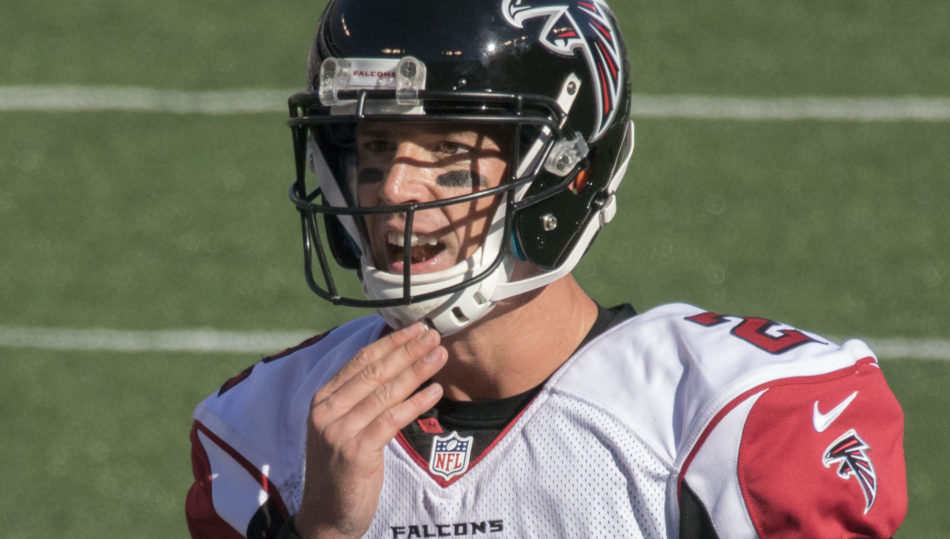 This Sunday the New York Jets (3-4) will host the Atlanta Falcons (3-3). Kickoff is set for 1:00 EST at MetLife Stadium and will be televised locally on FOX.

Oddsmakers currently have the Falcons listed as a 4.5-point home favorite with the total set at 45.5 points. Click on the link to check out a full betting schedule of the Week 8 NFL odds.

Atlanta enters off an ugly 7-23 loss to the Patriots on Sunday Night Football in Week 7. That’s now 3 straight losses for the Falcons after their 3-0 start. Atlanta is just 2-4 ATS on the season.

New York took a 28-14 lead into the 4th quarter at Miami, only to give up 17 unanswered and lose 28-31. A brutal push for anyone who backed the Jets at +3 on the spread. It snapped a streak of 4 straight covers for New York, who has been a lot more competitive than anyone expected.

I believe that this is the perfect time to jump back on the Atlanta bandwagon. The public perception couldn’t be much worse after that ugly loss to the Patriots in a prime time game. The thing is, that wasn’t as lopsided as the final score would lead you to believe.

Click here for more free NFL betting advice on the spreads and totals for this week’s games.

The Falcons had two failed field goal attempts (1 blocked & 1 missed) and failed to come away with any points on a 1st and Goal (went for it on 4th down). That’s at least 13-points they left on the field. Probably not enough to win, but it tells me things aren’t as bad as people think. Keep in mind they are couple plays away from being 5-1, as they could have easily won both those games they lost at home against the Bills and Dolphins.

Part of the reason Atlanta is showing such great value here is because the last time the Jets didn’t cover was Week 2 at Oakland. I think it has the Jets way overvalued in this spot. As well as New York has been playing, this team knows they aren’t going anywhere this season and could find it hard to pick themselves off the mat after collapsing the 4th quarter last week to the Dolphins. That’s two straight heartbreaking division losses, as they lost 17-24 at home to the Patriots the week before.

New York is just 1-6 ATS over the last 3 seasons off a loss to a division rival and 0-4 ATS when that loss comes by 7 points or less. Atlanta on the other hand is 12-3 ATS in their last 15 road games off a road loss by 14 or more points and 5-1 ATS in their last 6 vs a team with a losing record.

We also find a strong system in play backing a fade of the Jets. Home teams off a road loss against a team off a road loss by 14+ points are just 74-122 ATS dating back to 1983. That’s a 62% long-term system in favor of the Falcons cashing a winning ticket on Sunday.